International Standards on Auditing and Public and Private Companies

Auditing standards and norms are set by various authorities with one common goal: to give assurance to the public that work is carried out in a professional manner, that misstatements are avoided, and that financial results are communicated clearly. However, auditors do not just audit financial information. They may be called upon to verify various economic data, or even non-financial information such as the quality of a company’s internal controls.

In establishing the auditing standards, which comprise the basic rules that guide the performance of the professionals in the auditing area, three (3) normative organizations are involved:

Also called the Public Company Accounting Oversight Board, the PCAOB is a public body created under the jurisdiction of the SEC to set standards for audits of public companies, to promote peer reviews of external accounting firms, and to oversee the audit process for public companies.

The standards issued by the ASB, the AICPA, and the PCAOB, apply to professionals and their independent audit work on financial statements of U.S. companies, or foreign companies that have securities traded on the U.S. stock exchange. The standards issued by IFAC‘s IAASB are of international application, for countries adhering to them.

In Brazil, the Federal Accounting Council (CFC – Conselho Federal de Contabilidade), the official body that regulates the accounting profession (and, consequently, the activity of independent auditing), with the support of the Institute of Independent Auditors in Brazil (Ibracon), issues the standards for independent auditing. As of 2009, the CFC has fully adopted the international auditing standards issued by IFAC‘s IAASB, translating their content ipsis litteris (“with the same letters”).

In summary, the application of standards can be seen as follows:

a) For privately held companies

b) For public companies

The ASB, formed in 1978 as a committee of the AICPA, is authorized to issue auditing standards and regulations under Rule 202 of the AICPA Code of Professional Conduct. This rule requires AICPA members providing professional services to comply with the ASB‘s standards. Failure to comply will result in auditors violating the Code of Professional Conduct and may result in the loss of their license to practice as certified public accountants.

The Audit Standards Committee’s mission is to develop and communicate comprehensive performance, reporting and quality control standards and practice guidelines to enable non-issuers auditors to provide high quality audit and certification services at a reasonable cost and in the best interests of the profession and the beneficiaries of those services. It thus seeks to serve the public interest by improving existing services and enabling new audit and certification services.

The AICPA is the world’s largest member association representing the Certified Public Accountant (CPA) profession. Its members represent many practice areas, including business and industry, public practice, government, education, and consulting. It sets ethical standards for its members and U.S. auditing standards for private companies, non-profit organizations, and federal, state, and local governments. It also develops and grades the Uniform CPA Examination, provides specialized credentials, builds the pipeline of future talent, and drives the development of professional skills to promote the vitality, relevance, and quality of the profession.

The preface to Auditing Standards describes the fundamental principles that govern an audit. According to those principles, the purpose of an audit is to enhance the credibility that external parties place on financial statements.

The audit itself is conducted in accordance with Generally Accepted Auditing Standards (GAAS). GAAS were created by the ASB and the AICPA. GAAS is used for auditing processes and procedures adopted by public but unlisted companies. The acronym for these standards is SAS (Statements on Auditing Standards).

Auditing standards recognize that management needs to prepare the financial statements and maintain a system of internal control relevant to this process.

In addition, management must provide the auditor with all relevant information and unrestricted access to anyone in the company who can provide further evidence that the auditor needs.

The fundamental principles are listed in three general categories:

a. Accountability;
b. Performance; and
c. Reporting.

Auditors are responsible for having the appropriate competence and ability to perform the audit, complying with relevant ethical requirements, including those relating to independence and due care; and for maintaining professional skepticism and exercising professional judgment throughout the planning and conduct of the audit.

To express an opinion, the auditor seeks reasonable assurance that the financial statements overall are free from material misstatement, whether due to fraud or error.

Thus, to obtain reasonable assurance, which is a high but not absolute level of assurance, the auditor:

The auditor is prevented from obtaining absolute assurance that the financial statements are free from material misstatement because of inherent limitations arising from:

The auditor expresses an opinion in accordance with his or her findings, or states that an opinion cannot be expressed, in the form of a written report. The opinion states whether or not the financial statements are prepared, in all material respects, in conformity with the applicable financial reporting framework.

The standards are grouped into the following topic categories:

Following in the table is a list of PCAOB auditing standards for financial statement audits:

As the table above shows, within each section there are many other subsections. For example, subsection AS 2401 describes the auditor’s responsibilities during fieldwork, such as considering a case of fraud in a financial statement audit.

A (pro)active professional auditor uses the knowledge and material contained in the auditing standards issued by the ASB to determine the procedures performed, the evidence obtained, and the audit report issued for the audit of a closely held (non-issuing) company.

4) Acronyms used in this publication

Auditing norms and standards are constantly being updated and improved, and this publication is not intended to be exhaustive, but rather to add and share knowledge.

It is therefore important that professionals understand the context of a specific audit assignment so that they can use the appropriate models. But fortunately, there is a high degree of consistency and synergy between all auditing standards, which is very helpful. 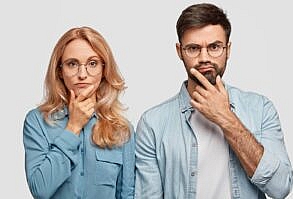 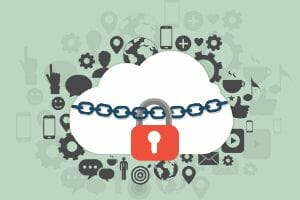